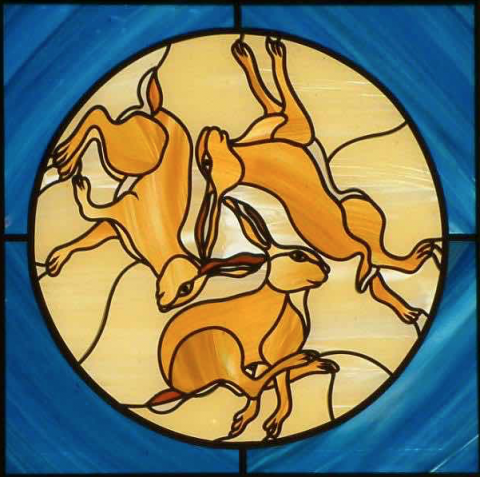 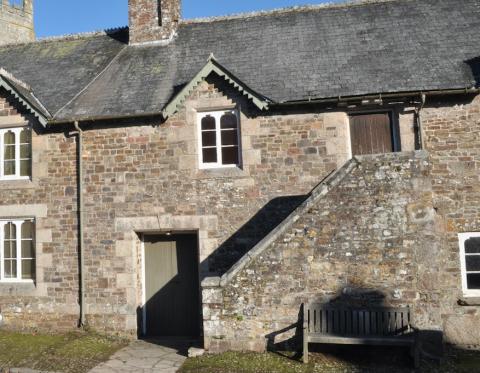 St Andrew's stands on sloping ground, just off Sampford Courtenay's main square. It is an attractive grade I-listed church with a granite exterior and a imposing west tower. An early medieval church stood on the site but, as with so many Devon churches, St Andrew's was completely rebuilt in the 15th century, probably around 1450 during a time of prosperity, against the background of the Wars of the Roses.

The church has a wide nave (the central part of the church) and aisles of four bays. The nave arcade on the south side of the church is made from Cornish polyphant stone, while the north arcade is granite. The appearance of the building was changed in 1831 when the rector, Reverend Richards, removed the chancel screen. Sufficient pieces of the screen survived to enable a later rector, HBF Burnaby, to have the screen restored and re-erected in the south aisle. The church was restored again in 1899, when a west gallery was removed.

The finest historic feature inside the church is the collection of late medieval roof bosses. The best-preserved is a beautifully carved head almost directly over the altar. Other bosses include 'The Hunt of Venus', a depiction of three hares sharing three ears between them. The three hares symbol was often used to represent the Holy Trinity and similar bosses can be found in several Devon churches. Other carved bosses represent a sow nursing her piglets, a king and queen, the arms of the Courtenay family, who gave their name to the village, and a pair of Green Man heads.

Some fragments of medieval glass survived the 19th-century restorations. In the east window are two royal shields, while in the east window of the north aisle are a trio of angels and a plough. In the north chapel window, you can see very finely crafted renaissance borders and a figure of the Madonna.

The oldest feature in the church is the font, which is made of Purbeck marble and dates from about 1100. The font originally stood on marble shafts but these were replaced at some point. There is also an old parish chest hollowed out of a solid piece of oak that originally would probably have contained the chancel cup used in Holy Communion.

The church pulpit is made of mahogany and is an 18-century design, which was restored in 1899. The sounding board – an octagonal piece of wood previously sited above the pulpit to amplify the sound of the preacher's voice – is now a table by the church door. When the pulpit was restored, the communion rails were replaced but three old sections of rails remain in the church.

(The stained glass of three hares, left, is a new piece by Sadie Coventry. It does not appear in the church.)

The church of St Mary, Honeychurch

Honeychurch is a small farming community located about a mile from the village. Its church of St Mary is "very small, very remote, and completely unsophisticated... an almost untouched 12th century building" (WG Hoskins, 1954).

The Courtenay family and Church House

The Courtenay family were Lords of this Manor (with a short break during the Wars of the Roses) until the execution of Henry Courtenay, Marquess of Exeter, in 1538. In 1570, the Provost and Fellows of King’s College, Cambridge became Lords of the Manor and remain so to this day, although some of their land was sold in 1929.

The Church House (left), or Court House, at the entrance to the churchyard, was probably built a few years before 1500. It was a place for church meetings and for the Manor Courts. The upper room has oak trusses and contains the original oak table and benches.

In its time, Church House has served as the poor house and, from well before 1800 until 1874, as the school. In its early days, it was the scene of the ‘church ales’ or feasts. A popular day for these was Whit Monday and it was probably during one of these festivities, and following the celebration of the illegal Latin Mass, that the events of the 1549 Prayerbook rebellion began. St Andrew’s houses an excellent display of the rebellion and its consequent battle in the now-tranquil fields of Sampford Courtenay.